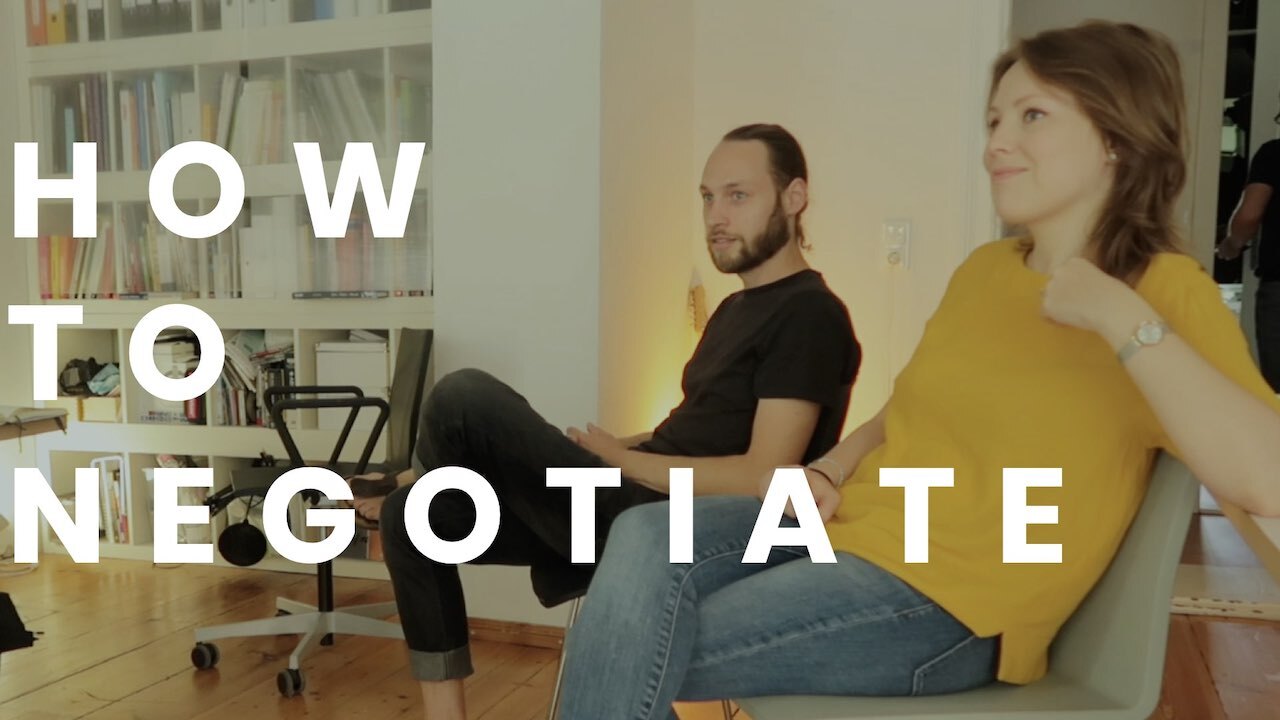 Negotiations are omnipresent and they define human relationships. Looking at the professional world, you will realize that it’s not just salary negotiations, but daily conversations and disputes. Think of small negotiations such as your manager asking you to take over a new task, pushing you to deliver results faster, or a co-worker asking you to do something which isn’t exactly within your scope. All of these situations require negotiation skills and they have a big impact on how we work together.

One of the most common mistakes in negotiations is to waste time arguing over who should get their way and trying to find a compromise point in between two firm positions. In principled negotiation, however, negotiators look beyond positions and try to identify underlying interests. By negotiating them instead of rigid positions, the outcome will be much better for all parties involved than a “let’s meet halfway” compromise.

“Two siblings disagree about where to host their parents’ anniversary party. One wants to have it at a restaurant, while the other wants to have it in her home. They only make headway when they identify their deeper interests: the former doesn’t have a lot of time to devote to preparation, while the other is concerned about the cost. Armed with this understanding of each other’s interests, they do some research and decide to host the party at a relatively inexpensive restaurant.”

In this case, it wasn’t even possible to make a 50/50 compromise because of the contradicting nature of the two negotiators’ positions. Without identifying the underlying interests, at least one of the two parties misses out on a satisfying solution. But what happens, if not only the positions but also the interests are conflicting?

Let’s say, no inexpensive restaurant is available on the anniversary date. This is how things go out of hand fast. One of the siblings might say: “You are so stingy, you’ve always been like that. Stop being selfish.” The other one might respond: “It’s no surprise that you don’t want to invest more time in this. This is how much you care about our parents.” Oops.

Of course, disputes between siblings become emotional faster, but this can also happen in the workplace. When people don’t like what they hear, they tend to start judging in an attempt to explain what just happened, and their (potentially false) explanation will be reflected in their response. This way, negotiators emotionally trigger each other and conversations become subjective and eventually destructive - with regard to both, negotiation outcomes and the negotiators’ relationship.

Back to the case study, it is important to now dismantle the underlying needs of both negotiators. Why does one sibling want to spend less money - is this really about being cheap? And does the other sibling really not care about their parents? Likely, there are other reasons for saving time and money, and this is the right moment to communicate them openly. By negotiating the underlying needs, you will find yourself develop honest, creative solutions to important issues.

Needs-based negotiation requires honesty and the willingness to listen and learn. So, it might not be the right technique to apply in a hectic office situation. But it will be a game-changer to influencing the relationship with a person that is critical for your career success or happiness.