Was Albert Einstein an Impostor? 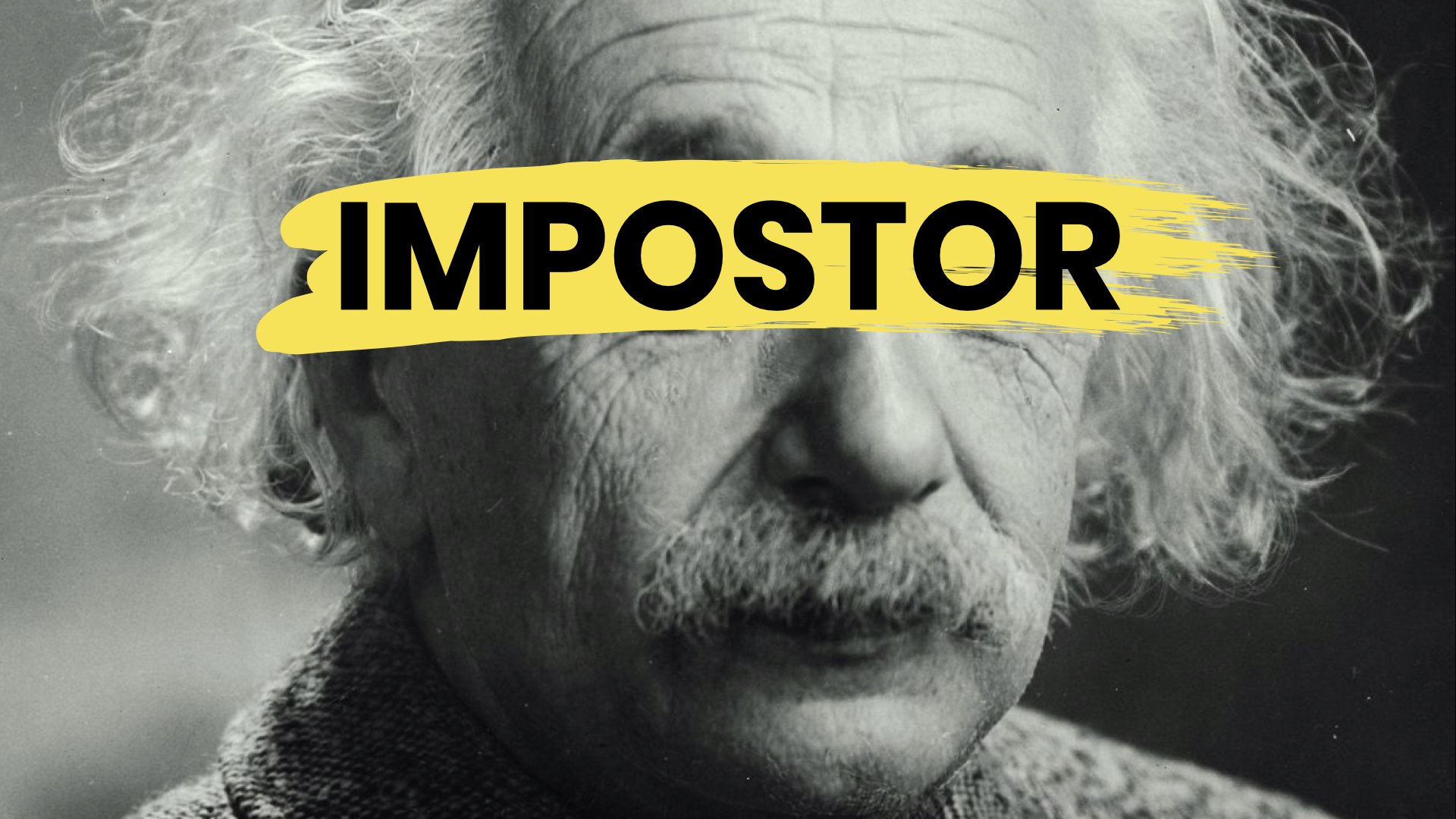 Was Albert Einstein an impostor?

Probably not. But surprisingly he did feel like one.

“I feel compelled to think of myself as an involuntary swindler.” - Albert Einstein in 1955, shortly before his death.

Impostor Syndrome is a psychological pattern in which an individual doubts their accomplishments or talents and has a persistent internalized fear of being exposed as a “fraud”.

What sounds like a rare condition, is in fact a universal phenomenon. 70% of all people experience signs and symptoms of impostorism. Successful people are not at all immune to it, and especially women appear to frequently struggle with impostor syndrome. Or, let’s call it impostor experience to acknowledge its universal nature.

According to recent studies, the impostor experience is particularly prevalent and intense among high achieving women. Certain early family dynamics and later introjection of societal sex-role stereotyping appear to contribute significantly to the development of women’s impostor experience.

“Despite outstanding academic and professional accomplishments, women who experience impostorism persist in believing that they are really not bright and have fooled anyone who thinks otherwise.” Interestingly, objective evidence such as success experiences and series of achievements do not affect the impostor belief (PsycINFO Database Record 2017 APA).

Instead, the solution is as diverse as the people suffering from it.

Time To Do Some Inner Work

An important starting point to overcoming the impostor experience is usually the voice of the inner critic. It reveals dysfunctional beliefs that have been acquired during childhood, school, relationships, and any other life-changing events.

Typical dysfunctional beliefs are statements such as “Failure is dirty”, “Career is happiness”, or “Vulnerability is weakness”. Instead of letting them guide (and limit) your thoughts and behavior, it is possible to replace them with very conscious attribution - especially when it comes to success and failure, as human beings are motivated to assign causes to their actions and behaviors. And you can influence how you go about doing that.

In social psychology, attribution is the process by which individuals explain the causes of behavior and events. Models to explain this process are called attribution theory.

If you recognize these thinking patterns, there are two powerful exercises you can do immediately, to start shaking things up and gain a new perspective.

Please get in touch if you have any questions. I would love to hear about your experience!