How I Crushed a Dysfunctional Belief with This Podcast 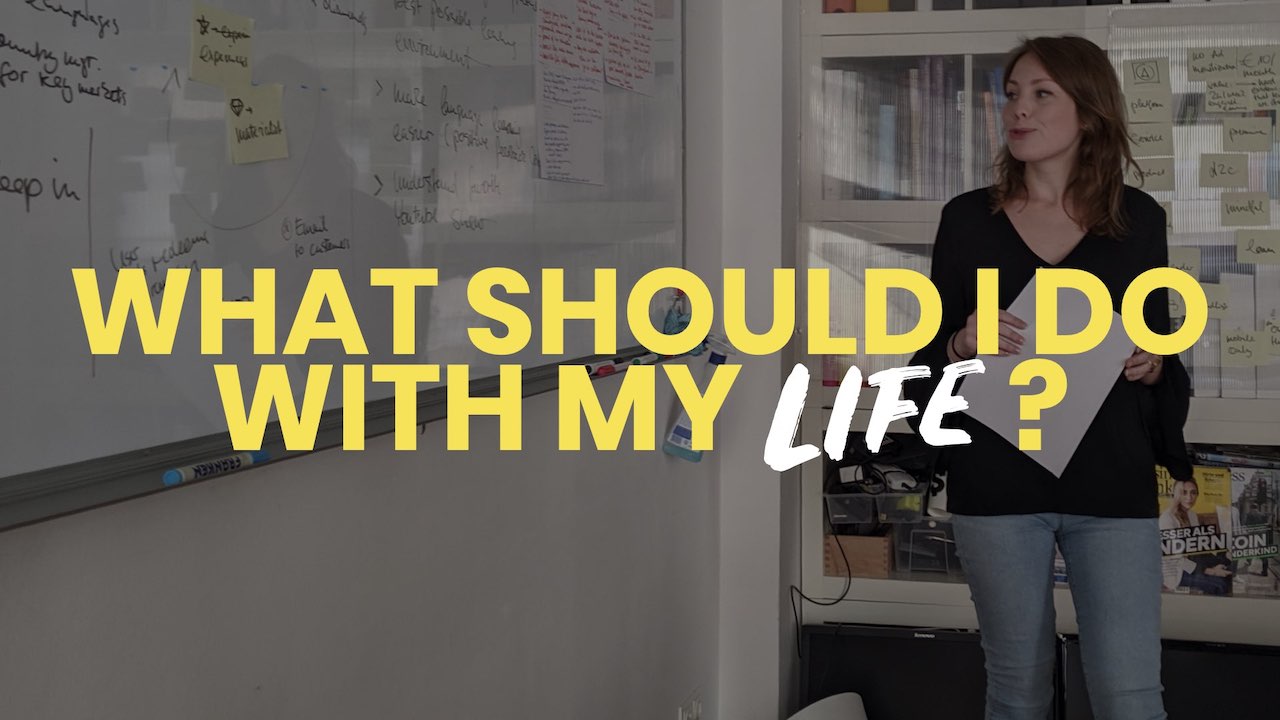 A few weeks back, the amazing Stephanie Horwitz asked me to contribute to her new career podcast “What should I do with my life?”. I was thrilled about the opportunity, because I had listened to the inspiring first episodes of it, and I really wanted to support the project.

It was a very personal interview about my career decisions, but also about topics such as work-life balance and my experience as a female founder.

It was my first podcast interview about a personal topic, so I was equally nervous. Was I ready for this? And did I even have a story worth sharing?

I didn’t have clear answers to these questions, but I did have some messages in mind that I wanted to share with the world. I wanted to talk about some of my hardest decisions and also about the mistakes I had made, to encourage others who might face similar struggles.

So, I decided to prioritize this main goal, and replace my doubts with a secondary objective: Take up space with my story and not play down any of my achievements.

We all have our inner critics - and luckily I know the voice of mine pretty well. In this case, it was fueled by the dysfunctional belief that if I take up space and talk about my achievements, others will find me arrogant and potentially turn away from me.

On the one hand, I think that it’s nonsense, but on the other hand, I know where it’s coming from because it has happened to me. Many times, throughout my childhood and adolescence. Just as I’m writing these lines, I recall situations when I struggled to remember the German word for something and used an English term instead, resulting in suspicious looks from others. Or me sharing a story from the most formative period of my life, moving to Hong Kong, and my counterpart reacting with a “So you think you’re better than me?” Ehh no.

So I know, that the voice of my inner critic is trying to protect me from repeating experiences like this one. Because, believe me, it doesn’t feel good.

For me, this resulted in thoughts like: Why would I still talk about my life and career if this is the reaction? But also me challenging that voice: Why do I even care?

When digging deeper into my dysfunctional belief, I got to realize that I actually want to belong and not be so different from others. But the truth is, I am. Because I left home at 19 to move to Asia, I lived abroad for 7 years, I worked at renowned corporations, and I had the courage to leave an enviable position to chase my dreams and start my own business. It’s my life, it’s me.

So, I told myself: I will tell that story because it’s worth being heard. Most people won’t think I’m arrogant. And if someone does, I still care (because I care about people, that’s also me). But it won’t trigger me any longer, because I know that it’s not a fact but someone else’s judgment.

Maybe my story triggers someone else, and that’s fine. Maybe it will even be the start of a meaningful conversation.

With that being said, enjoy the podcast!